J.M. Smucker (SJM) may not get the level of coverage afforded to its larger consumer peers, but its quality is just high. To add some weight onto that assertion then just consider these two facts. Firstly, the famed manufacturer of jams and peanut butter has paid an uninterrupted dividend in every year since the early-1970s. It has increased said dividend in every year since 2002. Secondly, over 90% of American households own a J.M. Smucker product at any given time. This is a company that has engrained itself into the American way of life to such an extent that only a small minority of households don’t regularly give it money.

If those two points weren’t enough, then get this: you can currently buy J.M. Smucker stock for an earnings yield of over 8%. Too good to be true, right? Perhaps, and the detractors would probably point out two things. Firstly, food stocks like Smucker are apparently facing secular decline – with earnings growth becoming increasingly difficult to come by. Why spend twice as much on branded goods when retailers like Aldi sell virtually identical generic products for lower prices? The sale of brands like Jif and Folgers Coffee netted Smucker just over $7.70 per share in profit back in 2016. This year, the figure will clock in at around $8.40 per share – with tax cuts providing most of that boost.

The second point relates to the state of the company’s balance sheet. Smucker is sitting on a total net debt pile of around $6.5B – predominately a result of the 2015 purchase of Big Heart Pet Brands. To put that figure into some context, the company currently earns somewhere in the region of $900m each year in net profit.

With that said, I like Smucker for much the same reason as Molson Coors: it represents a pretty cheap deleveraging play. First of all, you get to start off with that chunky 8% earnings yield. Secondly, there’s around $175m in annual interest that could be accretive to pre-tax earnings on the back of debt reduction. As mentioned above, net profits are somewhere in the vicinity of $850-$900m per annum. Around $350m of that is currently spent on the dividend, leaving surplus cash at around $500m per annum. We probably get a percentage point in terms of annual earnings growth if all of that cash goes on debt reduction. 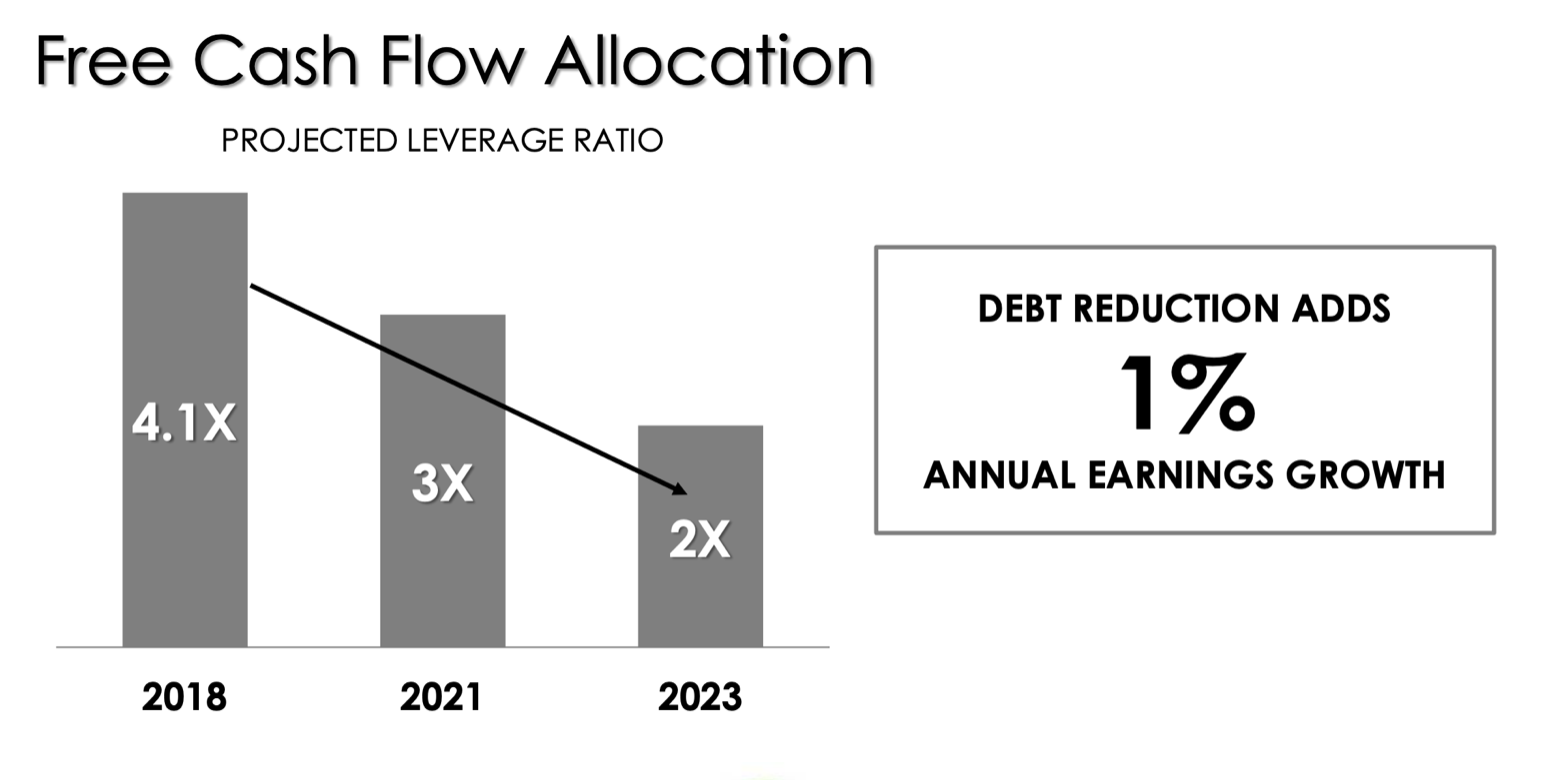 Imagine buying the stock now and holding for a decade. Let’s assume earnings only grow in tandem with inflation plus two percentage points – call it 5% per annum on average. Let’s also make the same growth assumption with respect to the current $3.40 per share cash dividend. That is almost certainly too conservative given the payout ratio here is under 50%, but let’s stick with it anyway.

Under those conditions, profit per share would grow from the current level of $8.40 to around $13.70 by the late 2020s. Stick a 15x multiple on that and you get a hypothetical share price of around $205. Throwing in $40 per share in cash dividends gets us to a potential total return of around $245 per share. The current market price is $103 per share. Overall, that strikes me as a good deal for a defensive company that prints large amounts of cash each year.

Molson Coors: Time To Load Up