written by The Compound Investor September 21, 2019

It’s been a while since I last added a story to the dividend millionaire archive. Actually strictly speaking this one is not quite in the same mould as the others. That said, the story of Stewart Horejsi is such a crazy example of long-term compounding that it more than deserves a place in there. It also features a stock I haven’t much covered: Berkshire Hathaway.

The story begins in the early-1960s, when Mr. Horejsi had just graduated from the University of Kansas. A native of the state, he left college to join the family welding company – Brown Welding Supply LLC. By 1980 Horejsi was running the firm, which was facing tough times. Competitors had moved into their corner of Kansas and doubts were beginning to surface about the long-term viability of Brown Welding Supply.

It was at this point that Horejsi bought Berkshire Hathaway stock. That initial purchase – 40 shares for $265 apiece – would change his life forever. Horejsi went on to purchase a second tranche two weeks later – this time picking up 60 shares for $295 per share – followed by a third one a month later consisting of 200 shares at $330 apiece. By the time Horejsi was done (initially at least) he had purchased a total of 300 shares of Berkshire Hathaway stock.

The story doesn’t end there. By the looks of things the family welding business, despite its struggles, went on to survive. Not only that, but as the years rolled on Horejsi used the firm’s profits to invest in even more stock. At the height of his holding, Horejsi owned a total of 5,800 shares of Berkshire Hathaway stock, though he went on to sell 1,300 shares in the late-1990s.

At the start of this piece I mentioned that Horejsi’s case wasn’t quite in the same mould as the others. Indeed most of the other dividend millionaires were just regular average Joes. They funded their stock investments the hard way, cutting a big slice out of their monthly income – often through extreme frugality and foregoing a “normal” life – before launching those savings into stocks, bonds and/or real estate.

The Returns From Berkshire Hathaway Stock

Horejsi’s case stands out on two fronts. Firstly, the starting capital is pretty darn chunky to say the least. By the looks of things his first two tranches of Berkshire stock cost around $28,300 in total. The third on its own totaled $66,000. Remember this is 1980 we are talking about. After forty years’ worth of inflation that $94,300 would be worth a lot more in today’s dollars ($295,000 to be a bit more precise). Needless to say that is a heck a lot of money to the average man on the street, especially when it represents an investment in a single stock.

Secondly – and I guess I’m being a bit pedantic here – Berkshire Hathaway isn’t exactly a dividend stock. I mean it likes to collect them – its investments in companies such as Coca-Cola and Wells Fargo generated nearly $4 billion worth of dividend cash for Berkshire last year. But pay them to its own shareholders? Nope. In fact I think it has only ever paid a dividend once, and that was back in the late-1960s.

That leads us nicely onto the third point. Though some folks don’t like blue chips stocks that don’t pay distributions, I’d wager none of Berkshire’s stockholders object. The reason I say that is because it has earned such high returns on its retained earnings; far higher than what shareholders would have received from dividends. 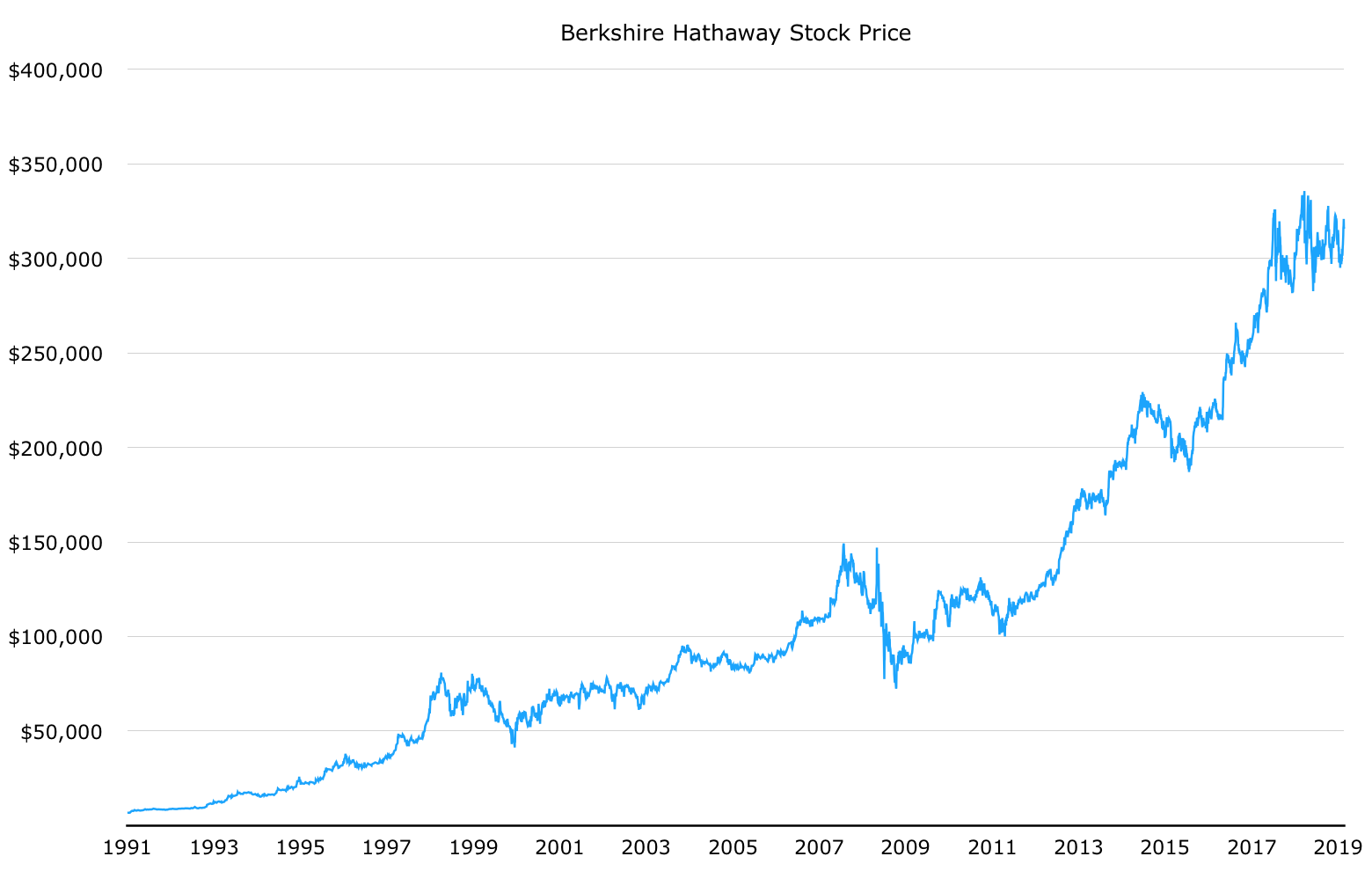 The insane levels of capital appreciation that its stock has generated for long-term investors speaks for itself. In fact Berkshire has done so well over the years that Stewart Horejsi is not just a “dividend millionaire”, but a billionaire. According to Forbes and Bloomberg his net worth is currently in the $1.5-$2.0 billion range. Not too shabby.

There’s one final thing worth noting, which is that Berkshire has never split its’ stock over the years. That makes our total return calculation pretty simple for Horejsi’s initial three tranches. Now, if my math is correct he paid a weighted average price of $315 for each share across those three initial investments.

Today, one share of Berkshire Class A stock is worth $317,000. One share. Stewart Horejsi bought 300 shares in the space of around six weeks. Even his first tranche, taken in isolation, is worth $12.7 million right now. Anyway, the level of capital appreciation from Berskshire stock over the past 39 years implies an average annual total return of 19.50%. Simply incredible.