It strikes me that one of the best sources of value right now is in the energy space. As much as I’d like to buy heaps of Coca-Cola, PepsiCo and McDonald’s (among others), their valuations are pushing way beyond historical norms. The energy sector, on the other hand, offers up some good bargains in my opinion.

Take Royal Dutch Shell (RDS) as a case in point. Right now you can buy Shell ADSs on the New York Stock Exchange for around $64 apiece. As a general rule of thumb energy stocks that look ‘cheap’ during periods of average (or even low) commodity prices are usually decent value. With that in mind the current $60 oil price environment, which I’d classify as pretty average, should act as a useful yardstick. 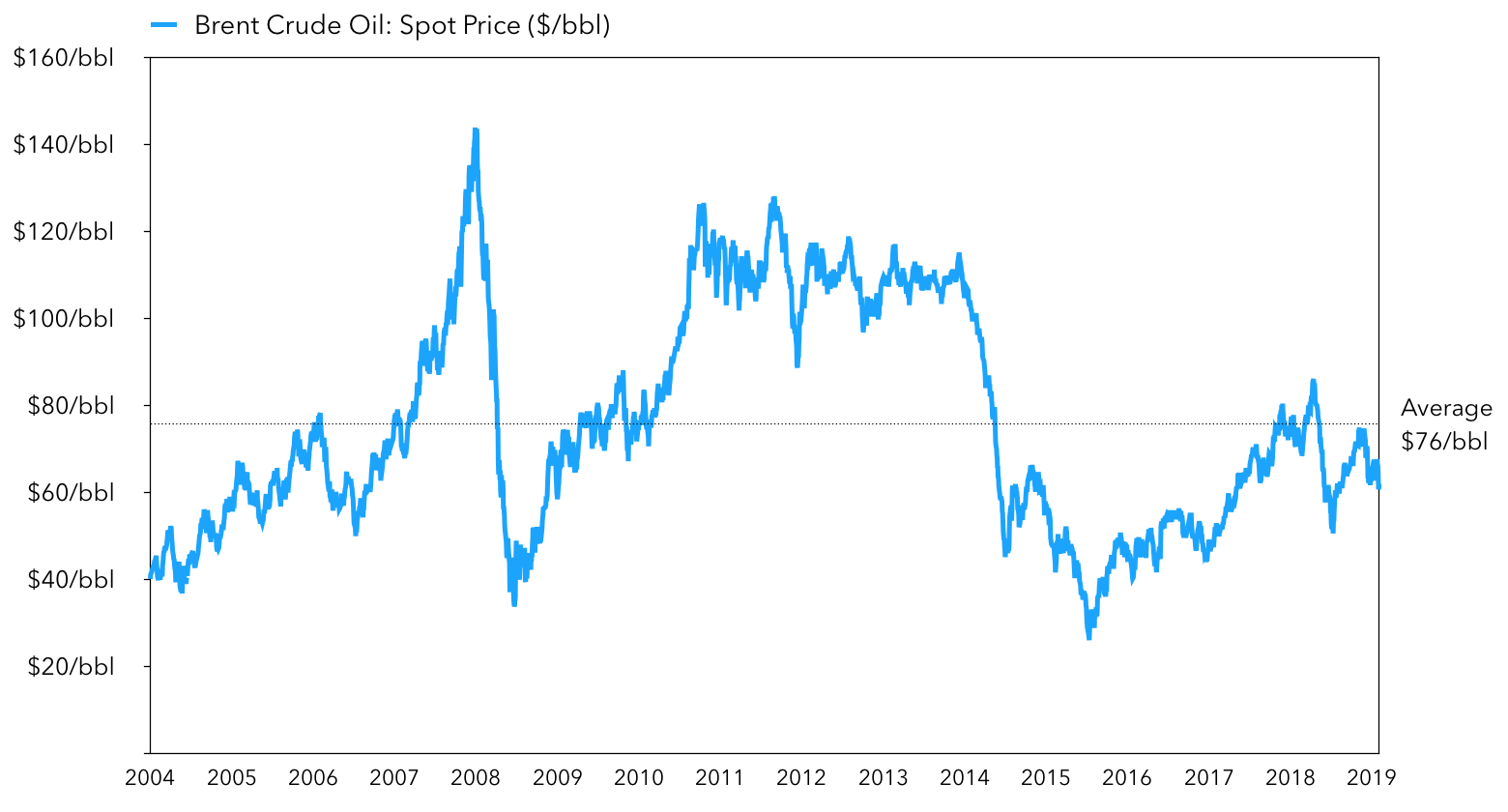 For instance, Shell reported net profit of $5,300m ($1.30 per ADR) in the first quarter of 2019. That occurred at an average Brent crude oil price of $63 per barrel. If the company can make $5.20 per ADR on annualized basis in that kind of price environment, then the stock’s associated valuation – around 12x annual earnings – is probably legitimately attractive.

I make that claim based partly on what the company has planned over the next six-and-a-half years. The short version is that Shell plants to returns gobs of cash to stockholders. If my sums are correct then the total bill will come to $145,000m by the end of 2025. Now, the current annual dividend costs the company around $15,000m per year, so the ‘extra’ cash going to shareholders amounts to about $7,500m per year. 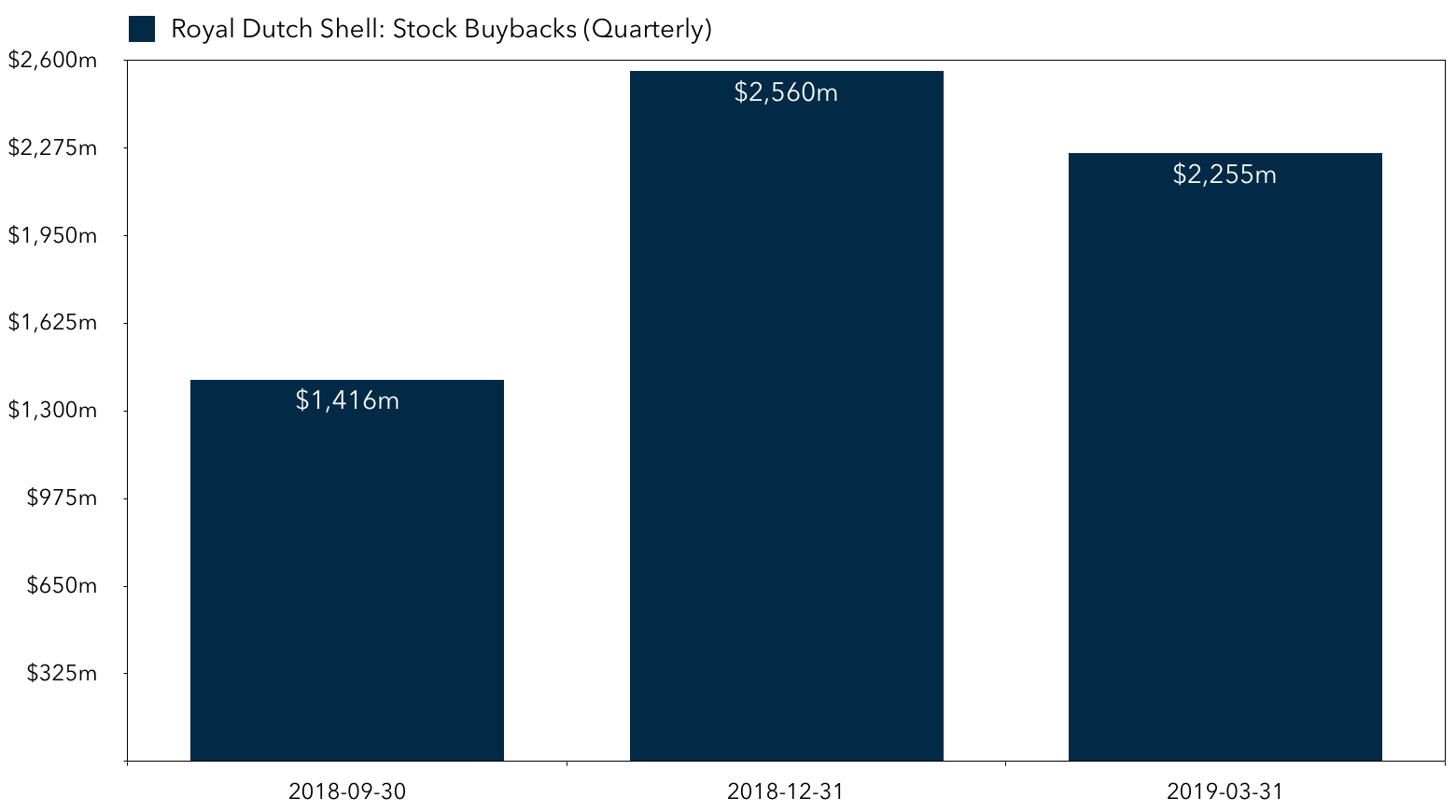 This mammoth return of cash will come in two parts. First, we have the ongoing $25,000m stock buyback program which kicked off last year. Shell has spent around $6,200m to date, so let’s say another $18,800m is due before the end of next year.

The second phase kicks off in 2021 and runs through to the end of 2025. During this period the company says it will return a total of $125,000m to shareholders by way of dividends and share repurchases. The total cash spent on dividends is actually expected to go down according to management, while the per-share dividend is expected to go up. The only way that happens is via additional large-scale share repurchase programs.

What does this mean for stockholders? Well, Shell’s current market capitalization is around $250,000m as things stand. The company is returning over half of that to shareholders through 2025. Call that an annual figure of around 9% spread out over six-and-a-half years. If that sounds too good to be true then it probably shouldn’t. Remember, Shell’s current earnings yield is already approaching 9%, so in a roundabout way what we basically have is the company saying that it plans to return all of its profit to shareholders.

Some other things to consider. First, it looks like we are about to annihilate the 1,500m extra shares that were created to fund the BG Group acquisition back in 2015. Shell has already retired 195m shares, so call it a further 1,300m to fully offset that dilution. Based on the current share price that is certainly doable by the mid-2020s.

Second, a lot of folks are worried that Shell is scrimping on CapEx in order to achieve this. For a company that plans to invest $30,000m a year that might seem an odd charge, but there is a certain logic to this. Consider the company’s energy reserves, for example. Shell reported total proved reserves of 13,250m barrels of oil equivalent at the end of 2016. Average production at the time was around 3.66m barrels per day. Plugging the latter figure into the former gives us around a decade of production life. 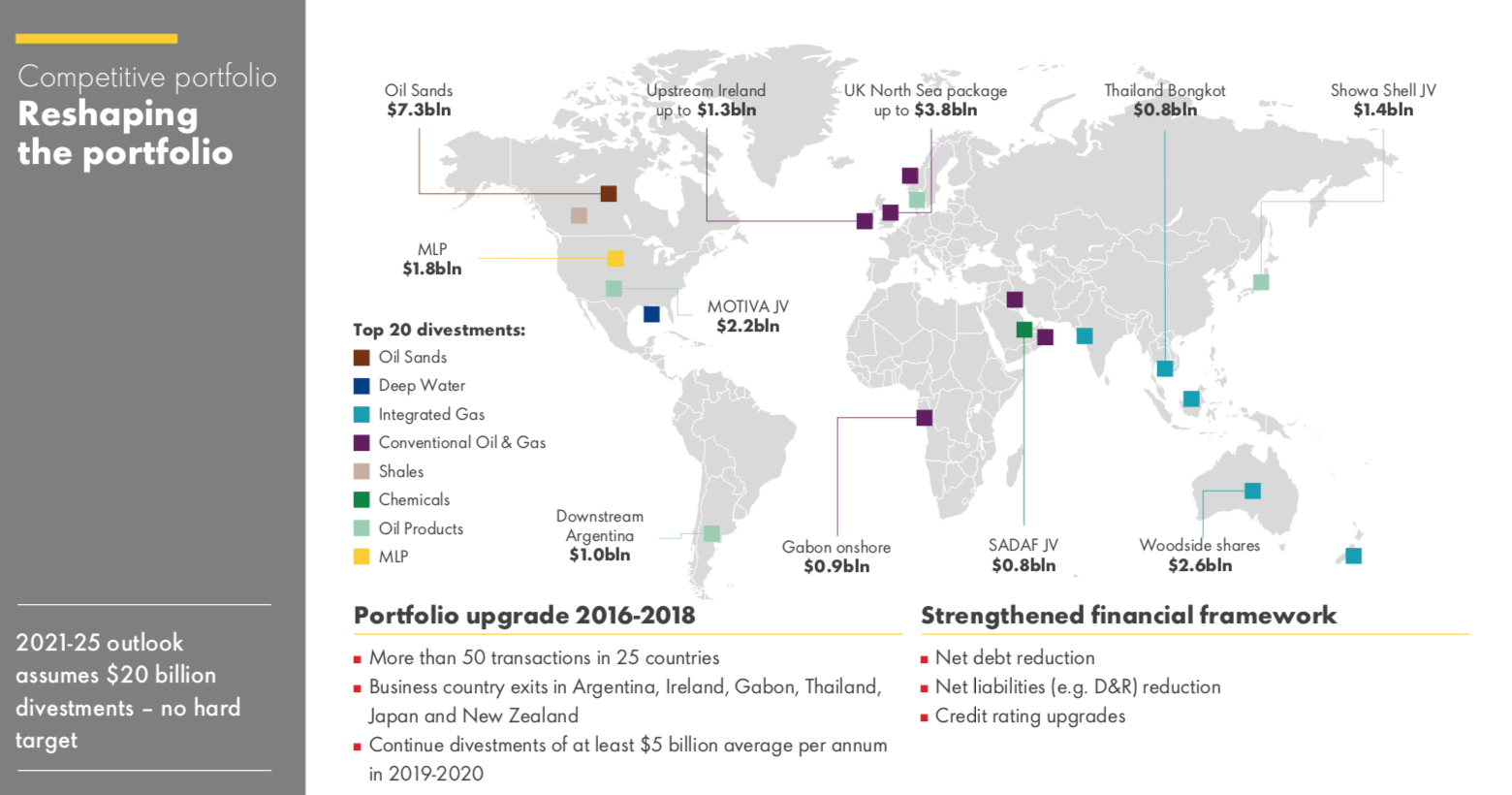 Since then, Shell has been fairly busy in offloading producing assets in order to raise cash. As a result, total proved reserves had fallen to 11,500m barrels of oil equivalent by the end of last year. Average daily production came in at around the same rate as in 2016. The upshot: the company’s proved reserves life has dropped to eight-and-a-half years.

On the face of it you can see why that might be an issue. After all, where will future revenue and profit come from if energy companies don’t replace their reserves ? That said, there are a couple of mitigating factors here. Firstly, the reserves that have been ‘lost’ typically represents less profitable production. It cost Shell $10.92 to pull each barrel of oil equivalent from the ground back in 2016. It cost just $9.66 last year. By my count that is worth an extra $1,750m to the bottom line.

Secondly, Shell’s profit mix is undergoing a significant change. For instance, by 2025 it expects to generate around $3,500m in post-CapEx free cash flow from its Chemicals segment. That is around 9x more than it generated last year. Management also expects the Oil Products segment – refining crude into lubricants, gasoline, jet fuel and so on – to generate $8,500m worth of free cash flow by 2025. That is up from $6,300m last year. If we take those numbers at face value, then we are looking at an extra $5,500m per year from segments that are less closely linked to the reserves life of its oil and gas assets. 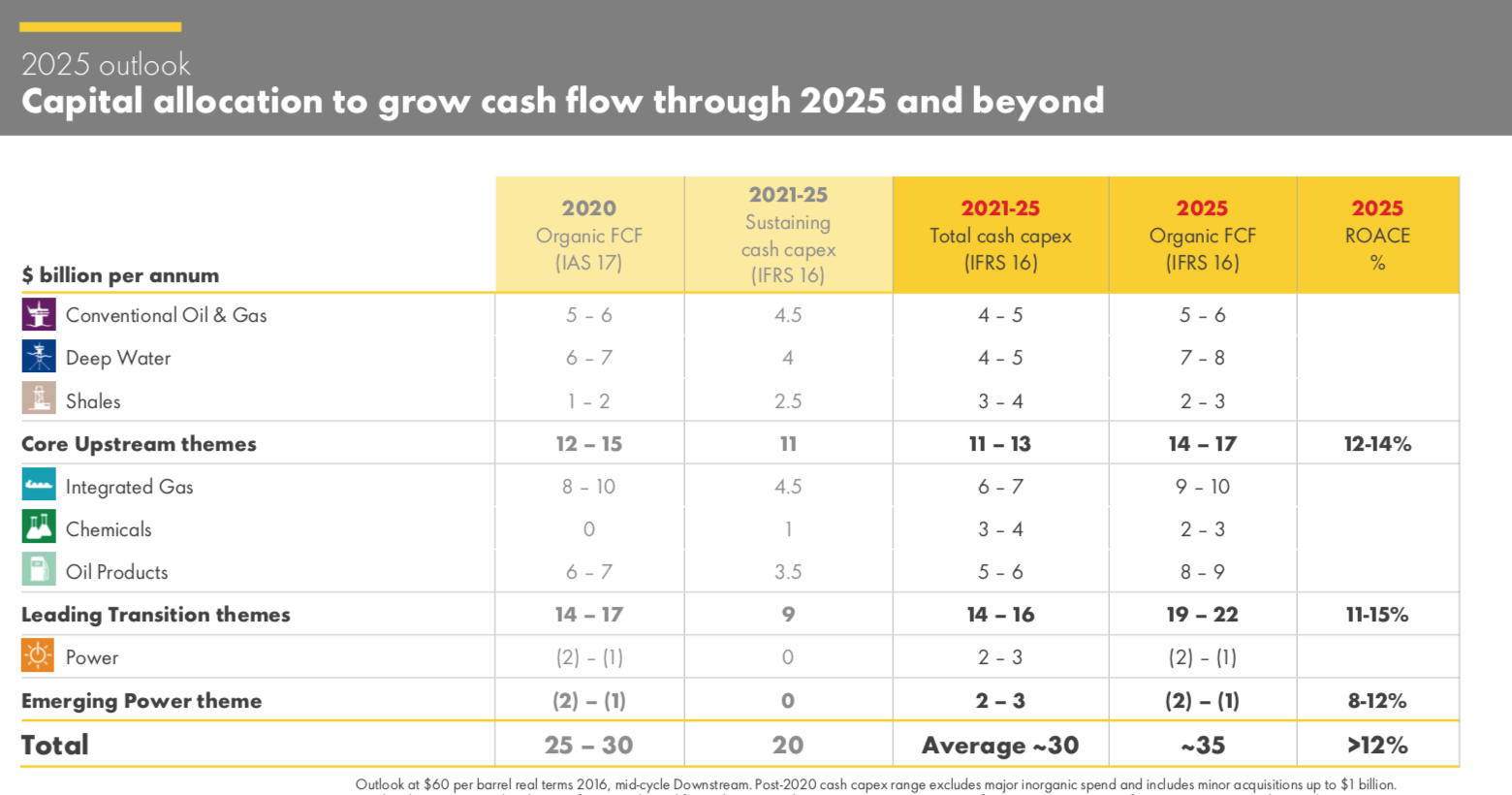 As a final brief thought it is worth remembering how good a performer Shell stock was in the past. The recipe for that was a simple one: high earnings yield, large shareholder returns, and modest growth. If Shell can execute its strategy then the next few years appear to offer more of the same.