The Compounding World Of Millionaire Investors

I recently came across an old article from 2014 about the case of Margaret Dickson, one of the UK’s secret millionaire investors who passed away at the age of 72 leaving behind £1m ($1.42m). Now, that might not sound particularly spectacular on its own. But what made this case so special was that Margaret was a woman of very modest means. She spent her working life as a police officer and a teacher, and her only other asset according to the article was the £75,000 ($110,000) apartment in which she lived.

For American readers, you have to understand that individual stock investments were, and maybe still are, much less common in the United Kingdom than in the United States (Margaret was from Glasgow, Scotland), and that the propensity to save there is also much lower. Indeed, her family were shocked to discover that her total estate was worth almost fifteen times more than they believed.

One article went on to describe it as a “secret life playing the stock market”, but this is a gross distortion of the situation for a couple of reasons. Firstly, 25% of her portfolio consisted of a risk-free government backed savings scheme. Secondly, her individual stock holdings included some of the highest quality companies of her time. British American Tobacco made up 6% of the portfolio, for example. The reality is that Margaret was not playing the stock market. She was merely allocating her savings to some of the best companies listed in Britain – companies that spew out cash each year and reward those shareholders who treat their investments like a business and not a casino chip.

These examples of “secret” millionaire investors are even more eye-opening once you look at the United States. The country is filled with buy-and-hold millionaires. These are people who lived regular and modest lives, yet always saved when possible and reinvested the dividends of the stocks they held. In many cases, the fortunes these guys built are truly staggering when compared to incomes they generated by offering up their own labour. We are talking about median or even sub-median wage earners who amass more wealth than many people in the highest income brackets.

There’s a great story that cropped up back in 2008 about a retired factory worker called Paul Navone. Paul worked for just over sixty years and apparently never passed the 8th grade in school. He never earned more than $11 per hour according to the article. He never married, and he didn’t travel. What Paul did do, just like Margaret, was save. And he saved a lot. He invested in stocks, bonds and real estate. The rent from the latter paid his living expenses, and so his wages mostly went into stocks and bonds. There’s a lovely quote attributed to his broker that neatly summarizes it:

Paul never inherited money. Paul started from zero. He just worked hard. He stayed the course even through the bad markets. Paul rarely ever took money out. He was the perfect client.

Maybe there’s a level of frugality there that just doesn’t appeal to most of us, but look at the results. There isn’t any mention of the final wealth he amassed (Paul passed away last year), but it was enough that he could donate $2m to two New Jersey schools in his retirement. Not too shabby for a guy that never graduated high school! This is just one example, but there are loads of them out there and they all make fascinating reading. I plan to cover as many as I can find going forward.

Anyway, the two key similarities in all of these cases are as follows. Firstly, these individuals kept grinding away with their savings. Secondly, they love dividend stocks. They picked the best companies that consistently generate returns well above their cost of capital (usually in very stable industries). Finally, they had diversified portfolios across a number of stocks and other asset classes. The effect of the occasional bankruptcy ended up as a small blip on returns with even modest diversification.

Consider the example of a $1,000 investment in Hershey, a stock I plan to cover on the site going forward. Forty years ago, Hershey shares changed hands for around 95¢ in today’s prices (i.e. adjusted for inflation and stock splits). Today, Hershey stock trades for about $90 per share. An investor would currently be sitting on $9,500 for every $100 invested back then. That doesn’t include dividends either – purely capital appreciation. 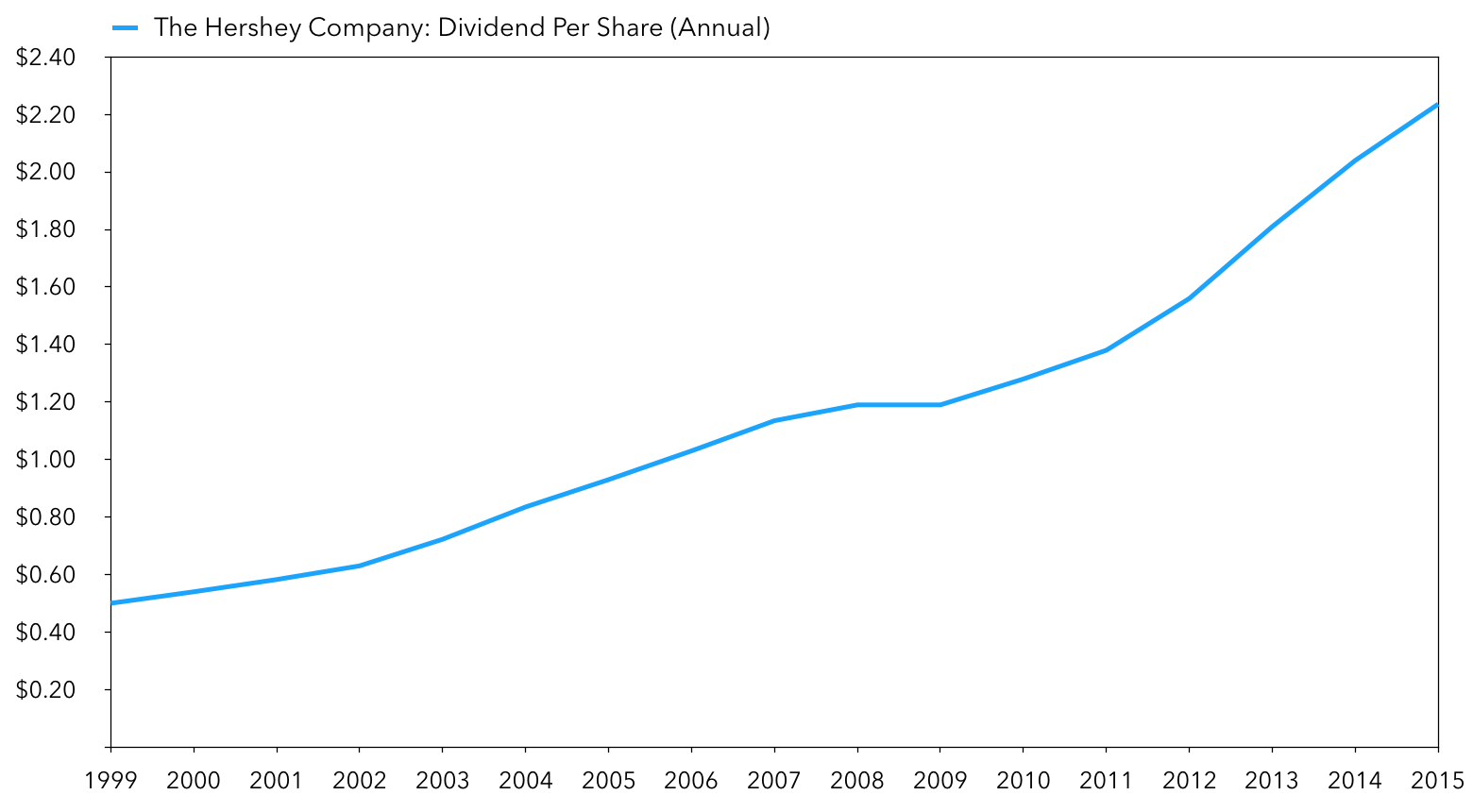 Those are absolutely phenomenal returns, and it shows the significant impact that one or two big winners can have on a diversified portfolio. Nothing is certain in life, especially not the future. However, making sure that savings are invested regularly into a diversified portfolio across several asset classes gives you the best chance to get the power of compounding on your side. The earlier you start, the better. After all, you could end up being one of the secret millionaire investors living among us!