Type Quincy, Florida into your search engine. The first page that pops up will likely be a standard Wikipedia entry that many towns across the developed world now have. When you run through it, Quincy probably won’t strike you as a particularly special town. It looks nice enough, but with a population of just under 7,000 people it seems, on the face of it, to look just like any other small town dotted across the American South.

But this town has a fascinating backstory. It is summed up in a few lines if you make it down to the bottom of that Wikipedia page. Quincy has made many of its residents rich, all due to one of the most recognizable brands in the world – Coca-Cola (KO). I’ve actually read a couple of variations of the Quincy story, but they both revolve around a local banker during the 1920s by the name of Mark Welch Munroe, commonly known as Pat Munroe. Coca-Cola had been public for just a few short years having IPO’d in 1919. The stock had dipped due to a legal case with the company’s bottlers, and this was followed by a collapse in world sugar prices that left Coke holding contracts worth millions of dollars for overpriced sugar.

According to one version of the story, Quincy’s tobacco farmers hit a record crop haul around this time. Munroe then persuaded them to invest the windfall into Coca-Cola stock. It proved a remarkable decision. They held onto these shares, never selling, and the rest is history. According to this version, which dates back to an article from 1997, the current holding would now total fifteen million shares once you account for the many stock splits over the years. The implied market value currently stands at $690m. 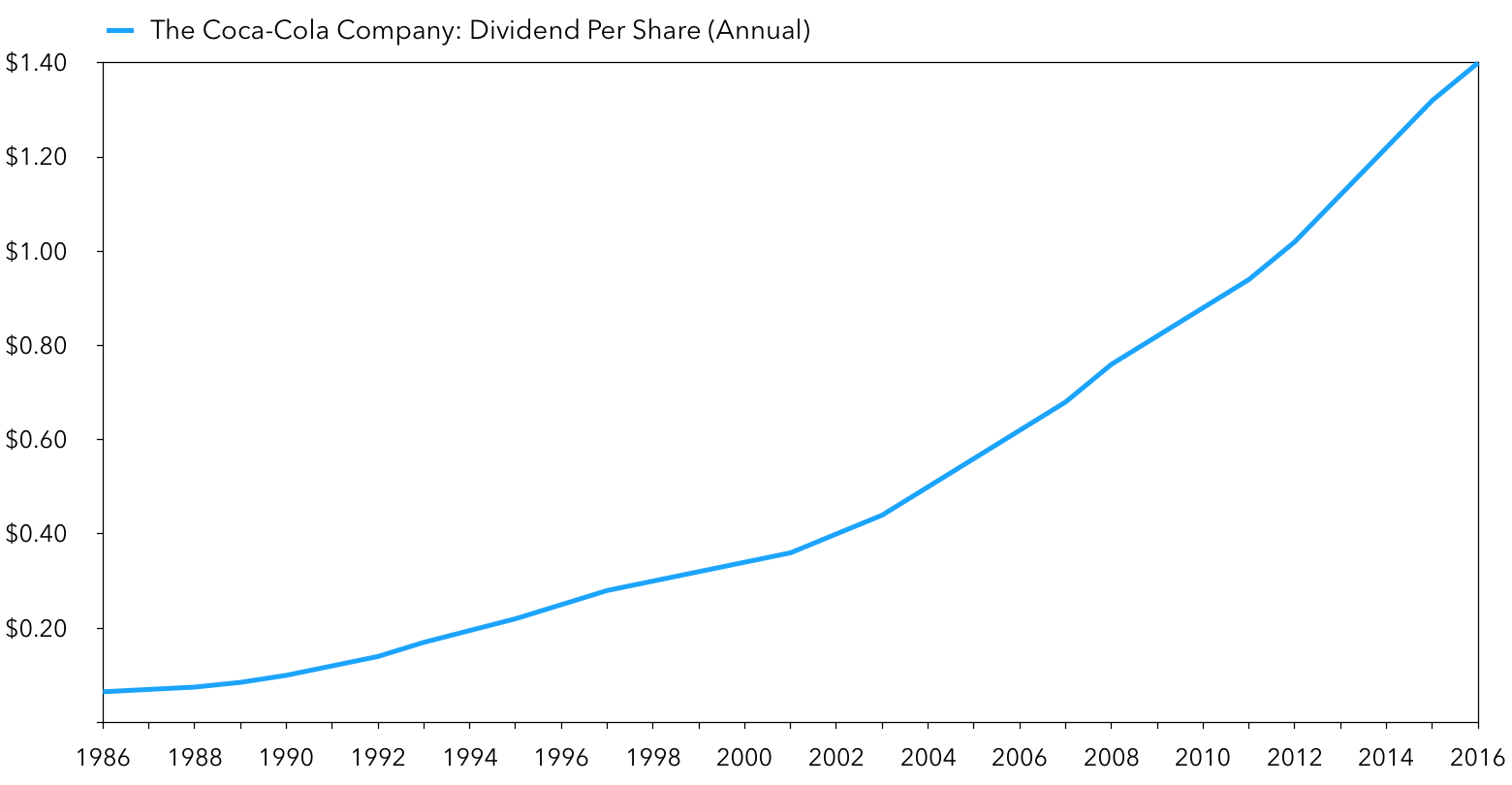 Other versions merely state that Munroe would tell his customers to buy the stock. Such was his belief in the strength of the business, he would even lend them money to do so. Quincy’s residents kept buying, and Coca-Cola dividends went on to protect the entire town through the Great Depression. Dozens of millionaires were created in the process. It even became the richest per-capita town in the entire United States at one point. And it was all thanks to holding the shares of one of the best businesses known to mankind. In later years, Coke dividends would protect many of the town’s residents during localized recessions and depressions.

So, what could have made those Quincy residents so confident with their Coca-Cola holdings? Well, in 1929 – the year of the Wall Street Crash – Coca-Cola managed to earn just over $10 per share in net income. The company’s earnings took a hit during the onslaught of the Great Depression, but they remained largely intact. By 1933, despite the worst financial crisis in modern history, it was still able to earn well over $8 per share and generate a 20% return on equity.

Remember, the economic environment at the time had ravaged stocks left, right and center. Unemployment had exploded, and corporate earnings collapsed. Deflation was rampant. Yet The Coca-Cola Company kept on chugging along. A dividend payment of $4.90 per share in 1929 went on to increase to $6.00 a share four years later. How many stocks can boast a record of increasing their dividends during the depression years? I’d wager not all that many.

Adjusted for stock splits, the value of a single Coke share bought in the 1919 IPO is now over $10,000,000. Now, that figure does include the effect of reinvesting dividends. If you assume dividends were not reinvested, that single share would be worth over $400,000 at time of writing. Adjusting for stock splits, it would have morphed into 9,200 shares churning out over $3,000 in dividend cash every quarter.

For those Quincy residents who handed the shares down to their heirs, it represents astonishing passive income. Even more so when you consider that this is all just from one single share. Had they picked up 50 shares in 1919 and held on to them, their descendants would currently be enjoying dividend income of $150,000 per quarter. Assuming reinvested dividends, the lump sum alone would be worth half a billion dollars!

The competitive advantages of Coke are nearly impossible to erase; it would take an astonishing turn of events to destroy what has been built up over the past century. Coke stock dropped to 8x earnings during the worst years of the Great Depression. Its earnings had taken a 20% hit but the business never once made a loss during the worst crisis in modern economic history.

Nowadays, the market has long since cottoned on to the strength and durability of Coca-Cola’s earnings. That explains why it barely dropped to 16x earnings during the financial crisis. As long as the underlying business remained intact, the Quincy residents never had any reason to sell the stock. It’s a perfect example of the effects of time, value and quality profits working together to create vast sums of wealth.

The Compounding World Of Millionaire Investors