written by The Compound Investor January 11, 2020

Anyway, I got to thinking about Coca-Cola Consolidated since I’m about to buy one solitary share of stock as a certificate to frame and stick up on the wall. Naturally this led me to take a look at the company’s recent annual reports. I have to say it is refreshing to see a company that still goes to the trouble of writing an actual report to stockholders before going into the nuts and bolts of the 10-K. It’s a shame that an increasing number of blue chip stocks eschew this practice with shareholders. 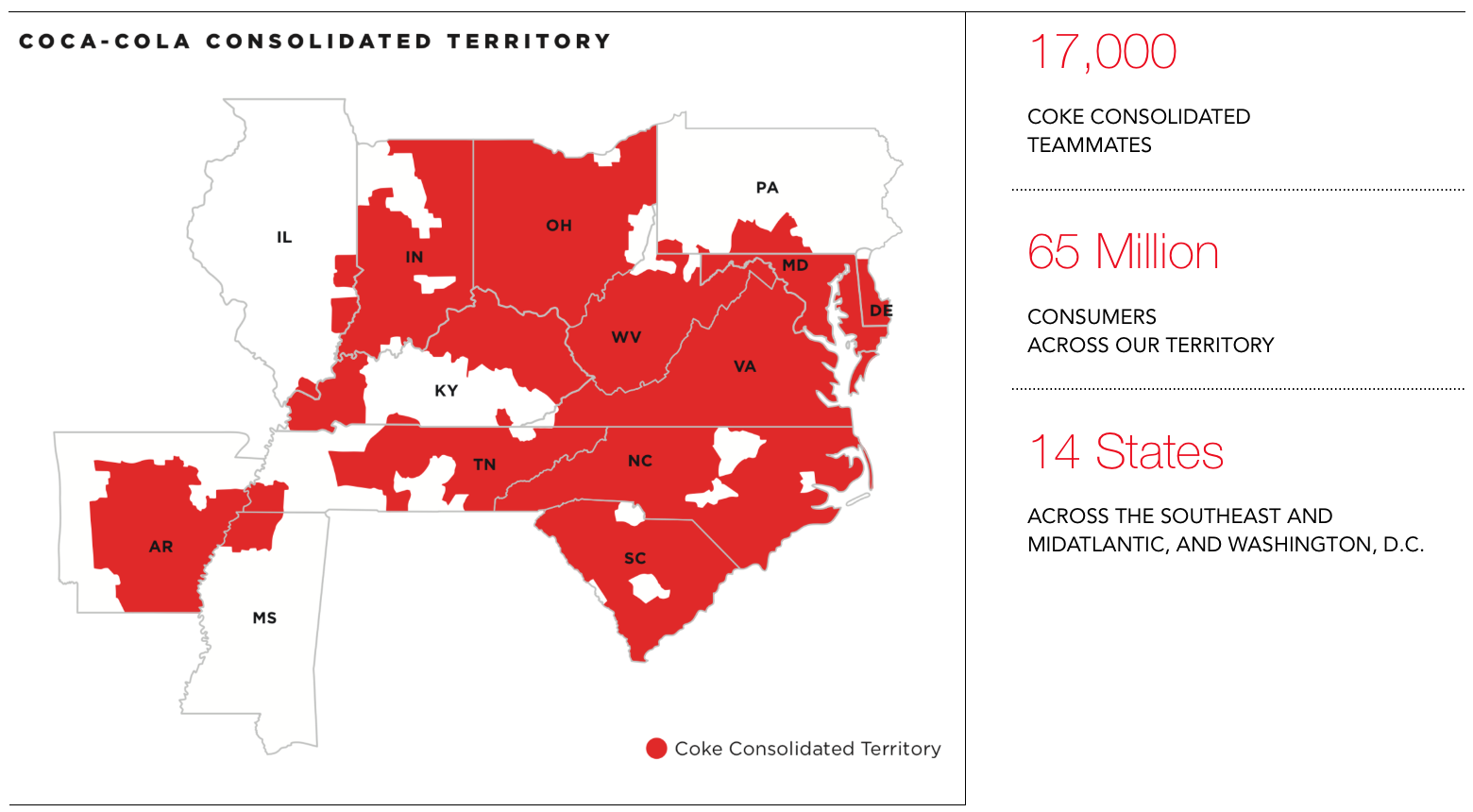 I don’t doubt that this touch is a result of the family element. The current CEO and chairman, J. Frank Harrison III, is the great-grandson of founder J. B. Harrison. The CEO and other members of the Harrison family control circa 85% of the votes via special ‘Class B’ shares which have 20x the voting power of the ordinary shares. Conversely, The Coca-Cola Company owns circa 27% of outstanding stock but just 5% of the voting power.

As of last October there were 2,232,242 ‘Class B’ shares in total, plus 7,141,447 ordinary shares. According to the 2018 annual report those two million ‘Class B’ shares were held by just ten shareholders recorded on the share register. Based on the 25¢ per share quarterly dividend, it seems those ten stockholders clear around $550,000 every three months from Coke dividends in total. Pretty cool.

Unfortunately the company won’t land on the radar of many investors because the economics here are inherently inferior to those of The Coca-Cola Company. To be fair this is unlikely to come as a surprise to anyone. I mean if bottling were so profitable then Coca-Cola wouldn’t franchise it in the first place. A quick look at some stats pretty much confirms this: Coca-Cola Consolidated earns far lower returns for each dollar it invests in its business versus The Coca-Cola Company.

You also have to couple that point with the fact that the bottler is somewhat geographically constrained. It does have a history of growth via signing distribution deals allowing it to cover new areas, however it can’t just decide to go off and sell Coke products abroad or in new US territories for obvious reasons.

Put simply, organic growth tends to be very low. In 2018 Coca-Cola Consolidated shifted just under 340m physical cases of drink. That represented an increase of circa 4.5% on the 323m shifted the year before. Strip out cases related to acquisitions, however, and you find that growth figure drop to just 0.1% year-on-year.

That basically explains why the stock tends to remain stagnant for long periods of time. Pre-2014 the share price traded in the $50 per share region while earning around $3 per share in net profit. In good years it maybe went up to $60 while in bad times the shares dropped under the $40 mark. The 25¢ per share quarterly cash dividend has also remained static for around twenty-five years now. 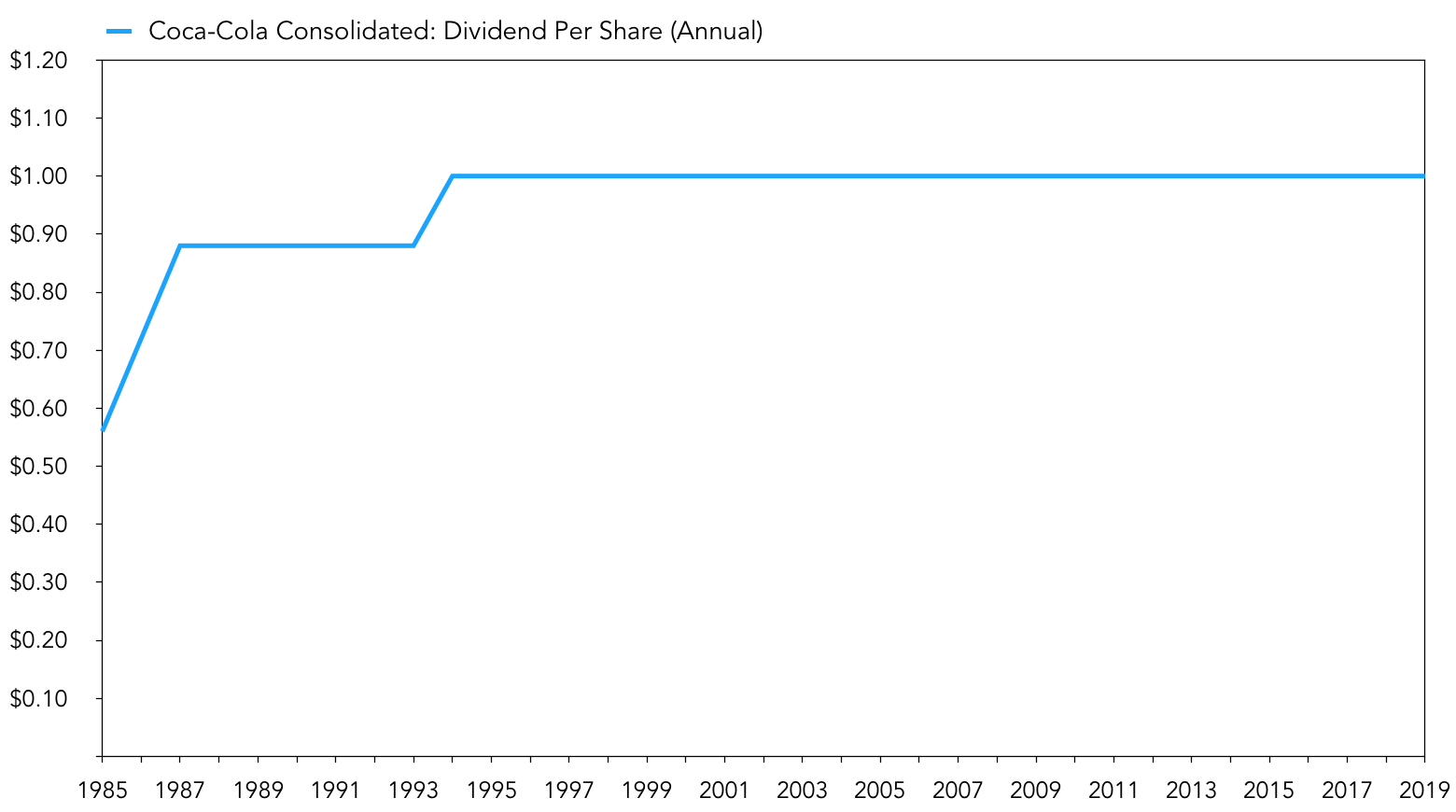 That was until recently anyway. Basically the stock price has more than trebled in the past six years as the company signed fresh distribution deals allowing it to expand into parts of Tennessee, Indiana and Kentucky. Back in 2013 the company operated in eleven states serving just over 20 million consumers. As a result of these new distribution deals it now operates in fourteen states with just over 65 million consumers. Revenue followed suit, jumping from circa $1,900m each year to $4,600m. Annual profit pretty much doubled from $50m to $100m.

Profit doubling while the share price went up by a factor of four tells you all you need to know. Put simply, Coke stock just got super expensive. As it stands the one share of Coke stock I will own will probably have a cost basis of around $275. Analysts expect the underlying business to churn out $10.50 in profit in 2020, or 27.5x the price I will pay. Historically it tended to trade in the 15x to 20x range, maybe getting up to 25x in a frothy market.

The move to nearly 30x earnings strikes me as odd for a number of reasons. First, it is actually just as expensive as shares in The Coca-Cola Company. Given the latter churns out higher quality profit, and generally has an easier time growing organic profit, it seems odd that the former does not trade at a discount.

Second, Coca-Cola Consolidated operates with a highly leveraged balance sheet. Financial debt currently clocks in at around the $1,000m mark net of cash, which is equivalent to 10x annual profit. It costs the company just under $50m in interest each year – equal to about half its net income. 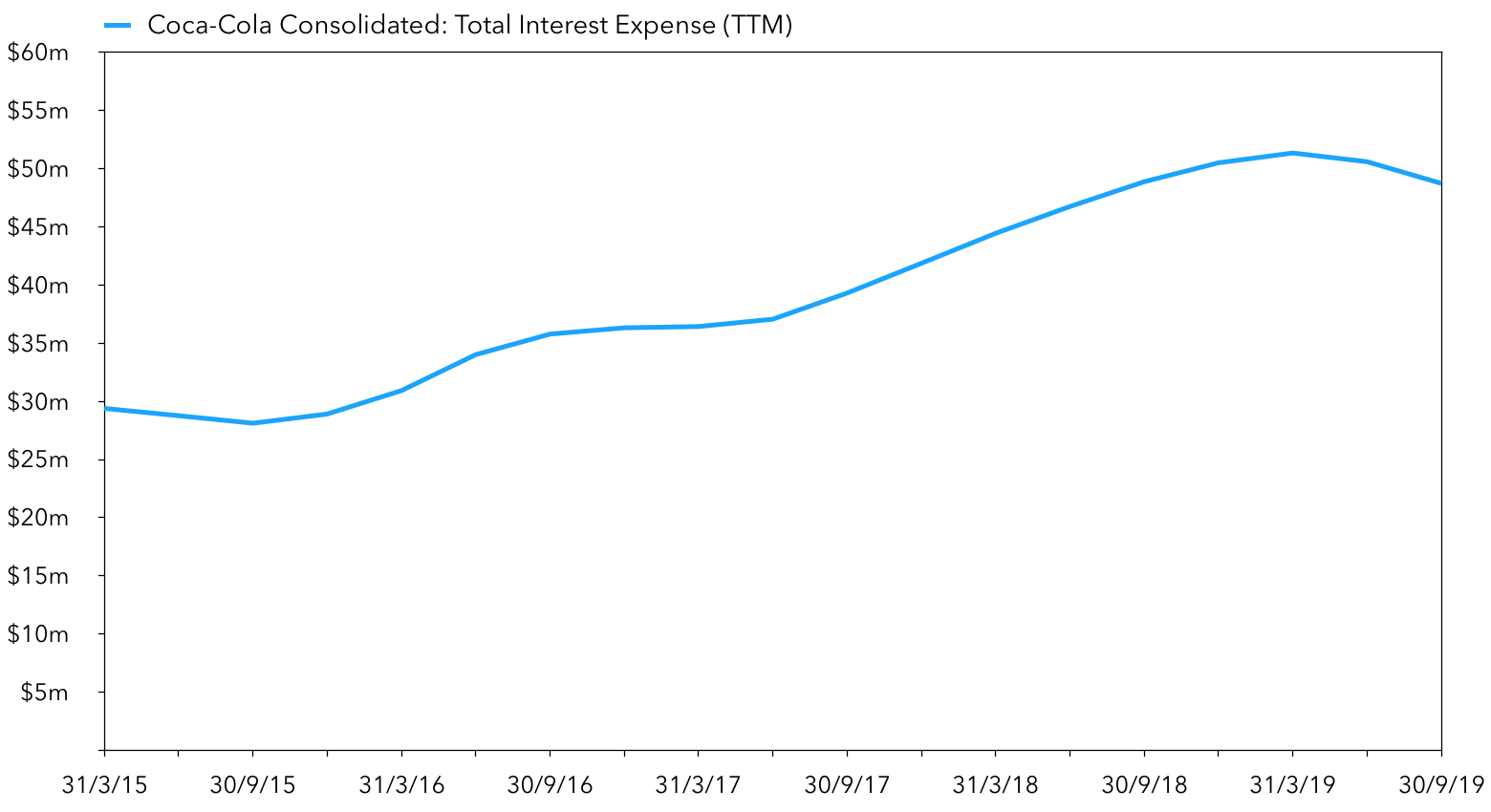 Granted, the underlying cashflow should be stable here and it is fair to assume that the business won’t be going anywhere soon. I expect folks in the mid-Atlantic and Carolinas will still be buying Coca-Cola, Cherry Coke and Sprite in a few decades’ time. But even so, 10x net debt to profit? That looks very high given the low profit margins and high CapEx spending.

If per-share profit grows at a 4% annual clip, the company would earn around $15 per share by the end of the decade. On a 20x multiple that would put the share price somewhere in the $300 region. Let’s assume the company also continues to pay out one dollar per share each year in cash dividends. That adds up to an additional $10 per share by the end of the 2020s. Quick math puts shareholder returns in the low single-digit region, which is probably not worth the risk for most folks.

What If All You Did Was Regularly Buy Procter & Gamble Stock?