It has been a while since I wrote a dedicated BP (BP) article on The Compound Investor. The British oil giant released financial results earlier today which gives me the perfect chance to put that right. All things considered, the numbers coming out of its headquarters in London were decent, while the company also announced a 2.4% boost to its quarterly dividend. At time of publication the stock was up over 3.5% in New York trading.

Now, whenever I write about BP I always mention two things. The first is the Gulf of Mexico oil spill, the tenth anniversary of which will arrive in April, and the second is the oil price slump that occurred a few years later. Between them they have wreaked havoc on the company’s finances. I mean the oil spill alone has cost BP somewhere in the region of $55,000m on a pre-tax basis so far. Obviously the effects of lower oil prices don’t require much additional comment.

As you’d expect given the above, BP’s share price has suffered a woeful lost decade. At this point in 2010 the ADRs traded for around $53.50 each on the New York Stock Exchange. You can currently buy them for circa $36.50. The only small crumb of comfort you might be able to take away from that performance is that BP stock still managed to pump out nearly $19 per ADS in cash dividends over the same timeframe.

As bad as things have undoubtedly been here, I think the situation is steadily improving. Granted profit was down in 2019 versus 2018, but it’s the same story everywhere in the oil space. All-in-all, and after stripping out various one-off losses on divested assets, the company posted underlying profit of around $2,560m in 4Q19 (circa 76¢ per ADS) and $9,990m (circa $2.95 per ADS) over the course of 2019 as a whole.

In terms of its cash flow, the company generated $25,800m from operations – enough to cover the combined capital spending and dividend bill, with a couple billion dollars left in change for good measure. Oh and that cash inflow figure already includes $2,400m worth of Gulf of Mexico oil spill payments, so we’re talking more like $28,000m on an underlying basis.

On top of its free cash flow, BP raised around $2,200m in cash from the sale of non-core assets. If my math is correct that left a total post-dividend cash pile of circa $5,500m for the year. Most of the balance was spent on stock buybacks (helping to offset dilution from the scrip dividend program) and the remaining $3,500m bill associated with its purchase of onshore US assets from BHP.

Probably the news that stands out most for BP stockholders: it raised its quarterly dividend by 2.4% to 63¢ per ADR. Doesn’t look like much at first glance, but when your yield was 7% (pre-news) a low single-digit bump is actually fairly meaningful. In a nutshell this sums up why I’m fairly bullish on BP stock going forward. 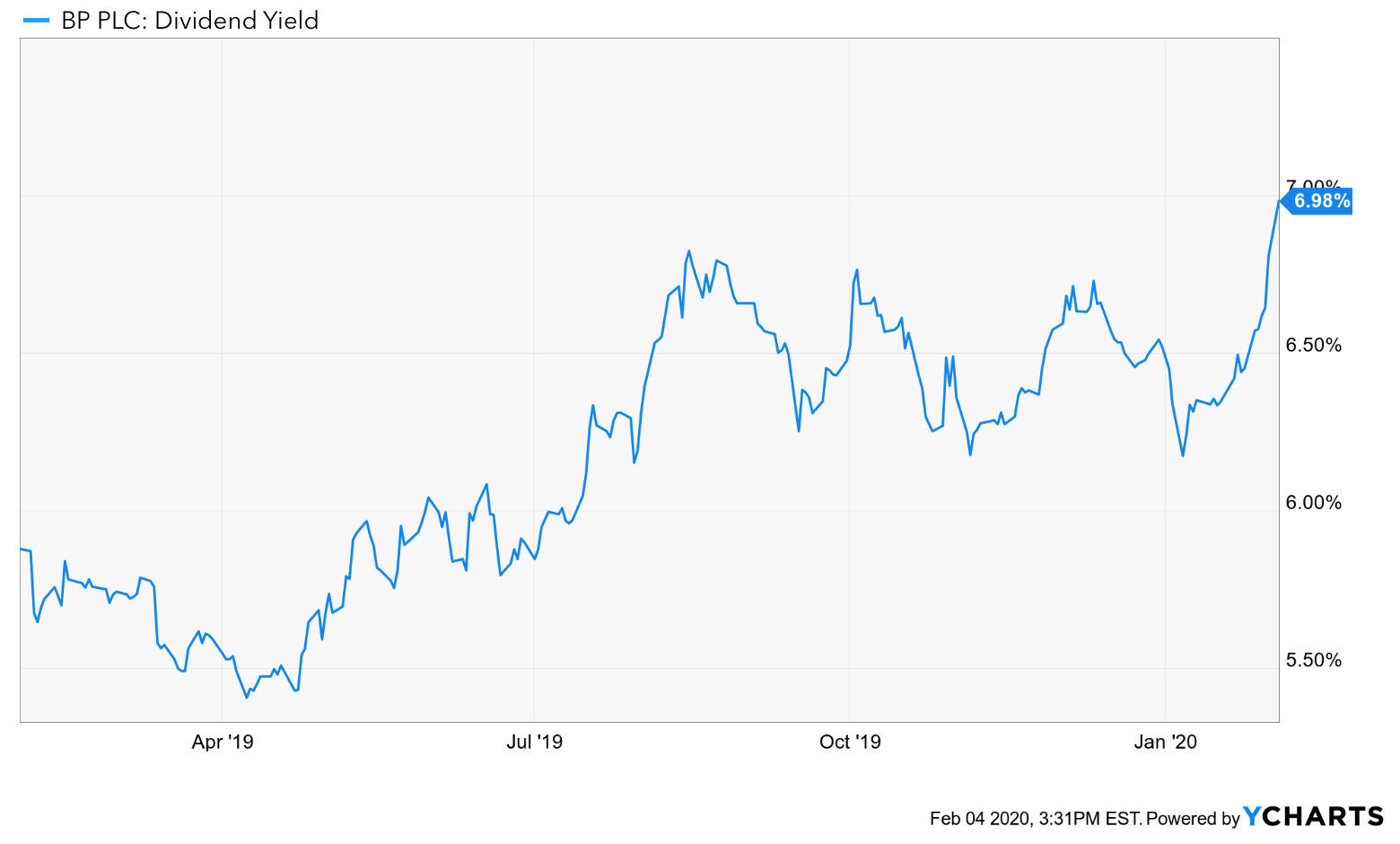 To expand on that last statement a little let’s just take a look at the company’s guidance, most which is based on a Brent crude oil price of $55/bbl (real terms, 2017). Using that as a reference, the company sees itself generating somewhere in the region of 50% more in terms of its annual free cash flow by 2021. (It should generate an extra $1,400m per year just through reduced Gulf of Mexico oil spill payments).

The gap between BP’s reference year (i.e. 2017) and 2021 obviously incorporates a little bit of inflation, so to reflect that let’s increase the oil price from $55/bbl to $60/bbl. We are obviously a fair bit below that at the moment because of the ongoing coronavirus hit (Brent is trading at circa $54/bbl as I type), but it’s not a particularly aggressive long-term assumption. Heck, Brent crude averaged over $64/bbl over the course of last year.

The one thing I haven’t touched on yet is the debt load; BP carries around $45,000m in financial debt net of its $22,500m cash pile. In terms of gearing that puts it higher than its oil major peers. The company is in position to reduce that somewhat via its post-dividend free cash flow, but it is also running an asset disposal program which aims to raise $10,000m between 2019 and the end of 2020. BP received circa $2,200m of that over the course of last year, and it also announced plans for an extra $5,000m from asset disposals by mid-2021. 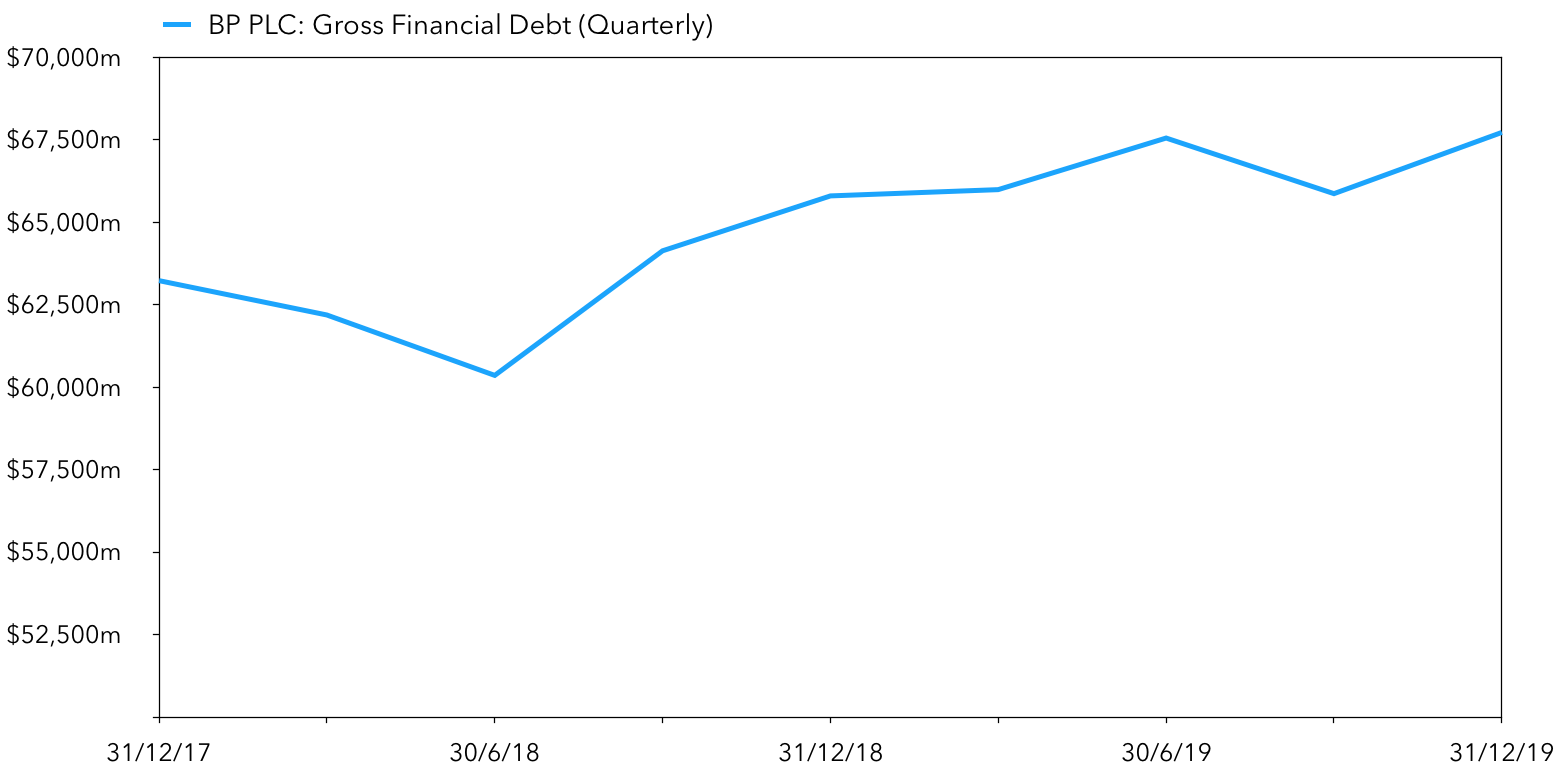 Process those numbers and the result implies that we could reasonably expect another $12,000m or so to reach BP bank accounts over the next couple of years. By my count that would put gearing at around 25%, which happens to be the midpoint of its 20% to 30% target range. Personally I would like to see the company accumulate more excess free cashflow on top of that, though the case for stock buybacks is strong right now.

As it stands BP ADSs currently trade for around $36.50 apiece on the New York Stock Exchange. Earnings power is in the $10,000m range, equivalent to around $3.00 per ADS. On that basis let’s call the current valuation equal to around 12x annual profit. In the prevailing oil price environment I think that is a pretty okay deal. BP is paying most of its profit out by way of its dividend, equivalent to a yield of 6.9% as things stand, with increasing dividend cover going forward. All things being equal I am optimistic that will lead to a much better decade for shareholders than the one just gone.